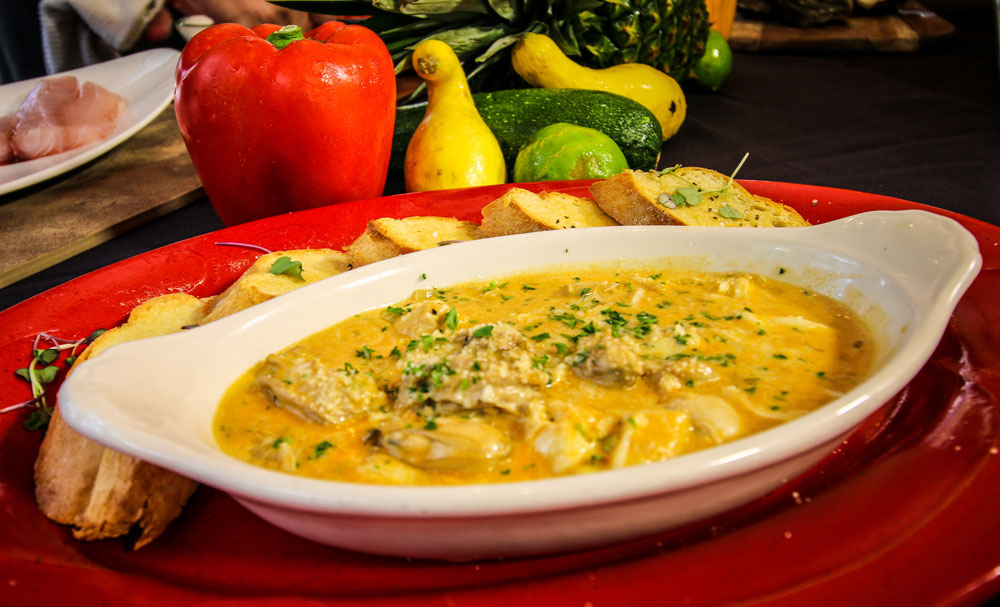 The 1901 edition of The Picayune’s Creole Cook Book recorded more than 30 oyster recipes, showing the popularity of this seafood at the turn of the 20th century.

The 1901 edition of The Picayune’s Creole Cook Book recorded more than 30 oyster recipes, showing the popularity of this seafood at the turn of the 20th century. Exceptionally great oysters were being served in every restaurant in the city and by numerous street vendors stationed on almost every corner. Oyster saloons flourished in the city’s hotels. Oyster dishes such as the pan roast and the famous La Mediatrice, also known as “the peacemaker,” an oyster po’boy sandwich, became wildly popular.

Method:
Gently pick through crabmeat and discard any shells or cartilage, taking care not to break lumps. Set aside. In a heavy-bottomed Dutch oven, heat melted butter over medium-high heat. Add onions, shallots and minced garlic and sauté 2–3 minutes or until vegetables are wilted. Add green onions and sauté 1 minute, stirring constantly. Add flour and sprinkle in paprika, blending into vegetable mixture, then add oyster liquid, cream and bay leaf. Bring to boil, reduce to simmer and cook 15 minutes, stirring gently. Additional oyster liquid or water may be added to retain consistency. Add Worcestershire sauce and season to taste using salt, pepper and granulated garlic. Add oysters and cook until puffed and curled and liquid is released into dish, 3–5 minutes. Add crabmeat and cook 3 additional minutes. Adjust seasonings if necessary. Remove and discard bay leaf. To serve, place a slice of toast in the center of each bowl. Arrange 6 roasted oysters on each slice of toast then top with a generous portion of crabmeat and sauce. Sprinkle with an equal portion of Parmesan cheese and serve hot