Tuna Tagging In the Tuna Capital 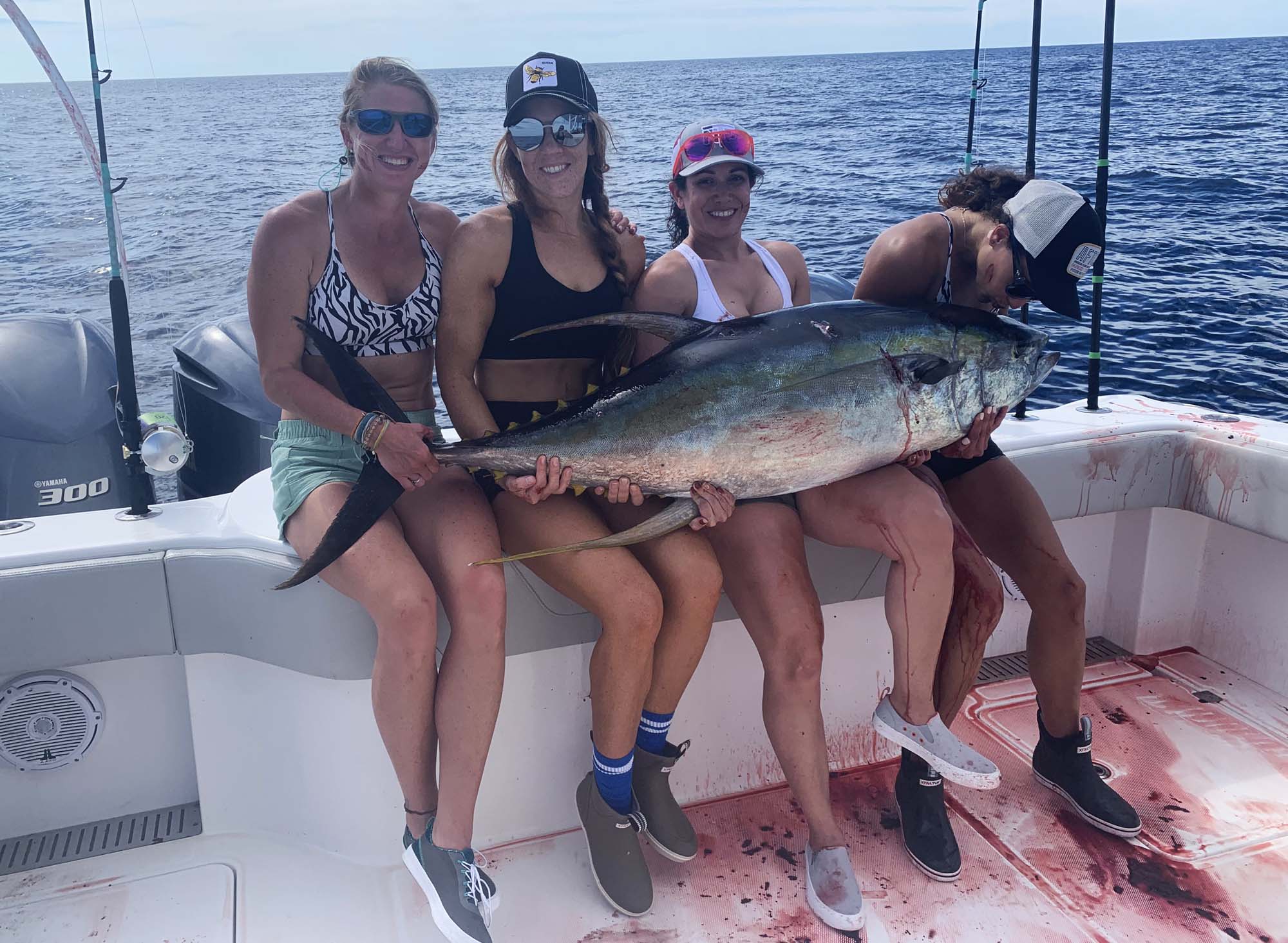 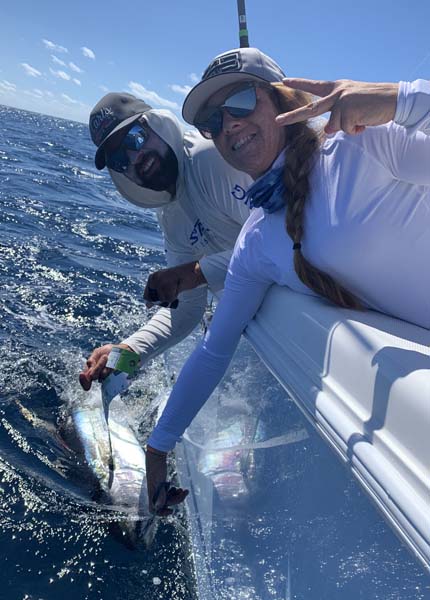 There is a three fish per angler limit of 27” or greater Yellowfin Tuna, and for decades these numbers were taken back to the docks easily. Presently no captain in Venice will tell you it’s a good idea to take so many tunas out of the Gulf. Each fish yields large sums of meat, especially the larger fish, and generally we keep our kill numbers now to a more sustainable total. Also, the tunas have gotten much more intelligent after decades of hammering on them.

Still, the act of Catch and Release is seldom practiced. In Louisiana, there is a strong culture of “feed your neighbor, and everyone else”. People like to load the cooler, which is why the TX-LA Invitational Tagging Tournament became so special for me. 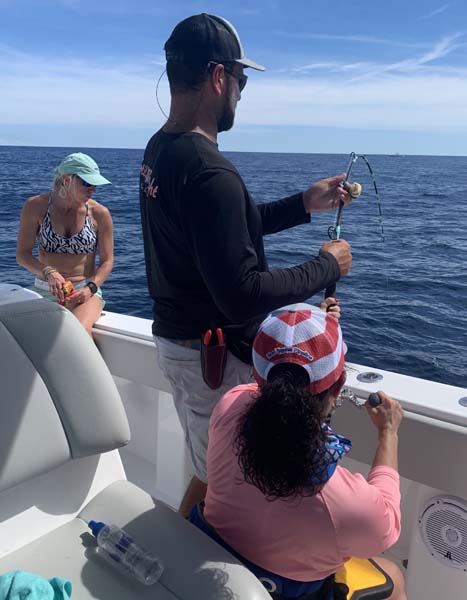 Several months before the tournament both boats at my company were booked, and mine was an all-female crew of Yellowfin virgins. It is my humble opinion that women make better anglers; even if we may not be as physically strong. Women tend to want it more and take direction better, which as result tends to yield high success.

In this tournament, points were awarded by tagging, and by size. A small tuna 100 points, medium (the typical size caught in fall the most) 500 points, and 1,000 for a 60”+ Yellowfin, Marlin, or Swordfish. October has been chosen each year for this tournament as tunas tend to be bountiful in the northern Gulf. When all was said and done, this proved true with over 40 tunas tagged and several more taken home for dinner. Each team was allowed one tuna per angler for the tournament to kill.

Team ‘Three Texans and a Brit’ showed up energized and enthusiastic, and put in work at the shallow rigs catching Hornbellies for bait before we went deep to the floater rigs approximately 60 miles offshore. Some teams chose to stay close on the shelf where there are also several fish, but several sharks as well.

We pulled up to one of my favorite rigs, Delta House, where our first bait in the water was promptly smoked by what we later pulled in the boat… a 100 lb Yellowfin. After a while, we hooked another…. 104 lbs. We opted to take these home and collect points, but tag fish on day two. 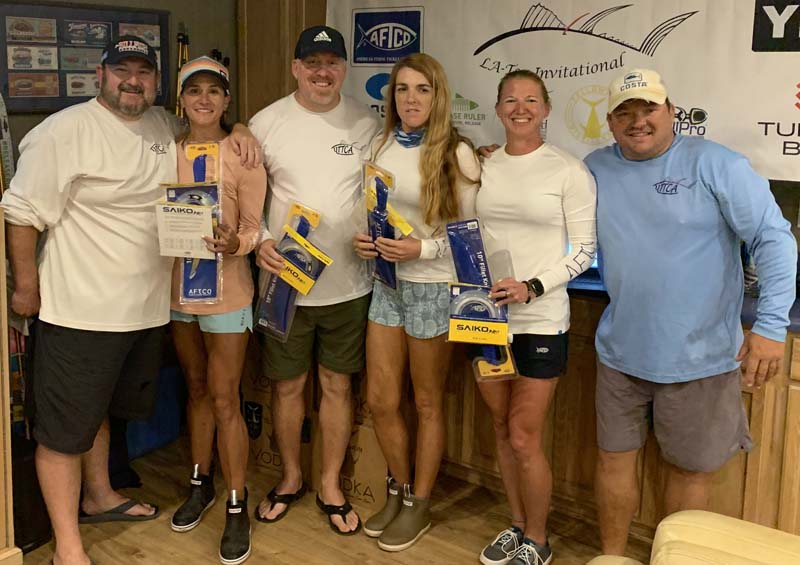 On day two the ladies arrived with the same energy, but down an angler due to work obligations. Three of our four anglers had battled tunas day one, and today was our chance to put the Brit on the rod. After some time locating the fish, Jill strapped into a 61” Yellowfin and fought it, knees shaking, l from start to finish. With smaller tunas, boats put their heads into large nets to obtain measurements and tag, but Jill’s tuna was too large for the net! We managed to get it boat side and tagged; and after some struggle measured it at 61” or approximately 120 pounds. As a captain who has seen numerous fish this size brought back to the dock, I had immense gratification tagging and releasing such a magnificent creature; that is undoubtedly more educated now.

Tuna virgins no longer, the ladies and I are already counting the days until next year's tournament! Three Texans and a Brit placed fifth and will be coming back to chase the title in 2022.