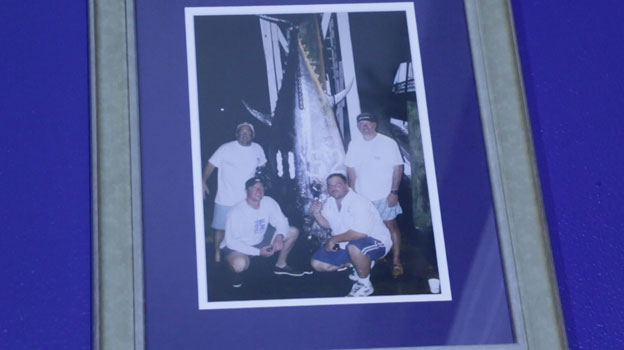 Through today’s social media world, I get several ideas for TV content and stories from the network of hunting & fishing communities who share their time outdoors, online. For me, this was the origin of learning about an 1152 pound bluefin tuna which holds the record as the largest fish caught on rod-n-reel in Louisiana. A record set in 2003 that many believe might never be broken. It was a Facebook memory shared by Patrick Fitzmorris, one of the men responsible for the storied catch, which showed up on my newsfeed because of mutual friends. The visual storyteller in me was fascinated. The wheels in my mind immediately began to turn, and I proceeded down a wormhole of Google and YouTube searches to find out as much information as possible about this Gulf of Mexico giant. After what felt like several hours lost in a cyber maze, I found myself disappointed that every article discovered was the same regurgitated facts and photos. I could not believe a fish of that magnitude was not heavily documented, but then I remembered… it was 2003… every person was not walking around with a smartphone in their pocket, YouTube & Facebook were merely just ideas, the Internet was a different place then with not nearly as much user-created media content. I sometimes take for granted that, today, photos and video of everyday life experiences are so readily available for anyone to find… but anyway, back to the fish.

My colleague and co-producer of Bayou Wild TV, Don Dubuc, remembered this incredible catch very well. In a 2004 Issue of Louisiana Conservationist Magazine, Don wrote of the account as, “a story so captivating that even The Old Man and the Sea author Ernest Hemingway would have been proud to invent it.” Don, along with members of the Louisiana Outdoor Writers’ Association would also recognize the massive bluefin as ‘fish of the year’ at their 2004 conference.

Instead of my own poetic transcript of a fish tale for the ages, Don & I both agreed the best way to immortalize the account would be to interview the men aboard the boat the day Louisiana’s largest fish was landed. As luck would have it, Paul & Patrick still resided in south Louisiana and were glad to share their story on camera. Ron Roland lived in Houston, and with the help of a friend of mine (who also happened to be a video producer) I was able to coordinate a video interview recording his recollection of that fishing trip from years ago.  The only account left up to the imagination is that of Mike Ippolito. Mike was captaining the boat that historic day but passed away just a few years later.

Now, furnished with 3 on-camera storytellers, and a few grainy photos, it was time for this video editor to get creative, and put together a video account of one of the greatest Louisiana fish stories ever told.

I’ll admit it here, offshore fishing and pelagic species of the Gulf of Mexico are not my forte, so I won’t pretend to have an abundance of knowledge about the fishery other than I know they are not a common sight. They migrate annually over thousands of miles to the warm waters of the Gulf to spawn. The species is highly regulated as both a commercial and recreational game, fish by the National Marine Fisheries Service. A quick search of Louisiana’s official state fish records shows that only three top 10 bluefin tuna have been recorded in the last 2 decades, Ron Roland’s 1152 pounder being one of them. The runner-up sitting at 261 pounds shy of number 1. But I can’t help but think that for each of those Top 10 fish, there’s a fish story behind it that could be similarly incredible. Do you have a big fish tale?
Share it in the comments so others can enjoy! 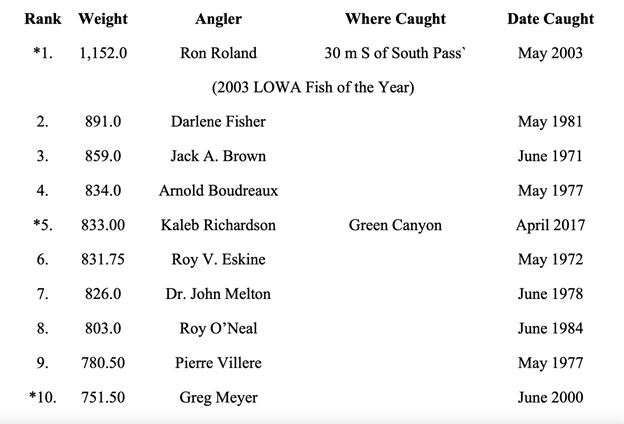